The recent Sun Life 5150 Triathlon Cebu along with the Go For Gold (GFG) Sunrise Sprint successfully held on April 28, 2019 at the Boardwalk of the City of Naga, Cebu firmly stamped the city onto the world map.

Mayor Kristine Chiong confessed that when you think of Naga, you don’t think of her city but of the one in Bicol. She said she would like that impression to change and for the public to appreciate as well the attractions that Naga, Cebu has to offer.

“We are really banking on our thrust to convert the community. Our parks, our sports facilities. If you noticed Naga has no natural tourism spots. We created the Boardwalk and the parks so Naga can be identified as having a vibrant community,” said Mayor Chiong. 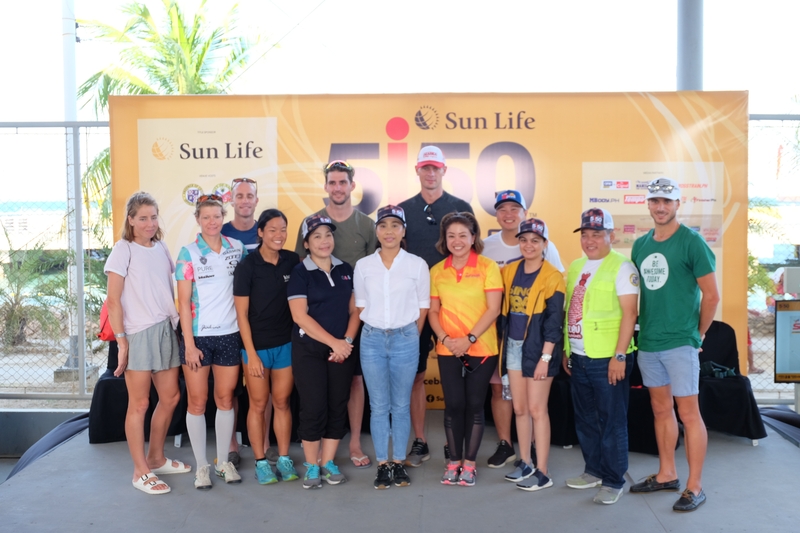 “Other than the Boardwalk, we are also promoting one of the highest peaks in the city which is Mt. Naupa. It’s a great vantage point to watch the sunrise or the sunset. But the gem of the city for tourism is the Boardwalk and beside it the St. Francis of Asisi Ocean Park.”

Sunrise Events General Manager Princess Galura was grateful for the chance to stage a world class race in Naga, Cebu. She said early reservations proved unfounded with the successful holding of the Olympic distance triathlon as well as the Sunrise Sprint.

“We are happy to be welcomed by the City of Naga. They’ve held events here before but not of this magnitude and stature. So I understood their (early) anxiety that they might not be able to meet the standards. But we assured them that they are working with people who know these things. So they took the chance. Thank you so much,” said Galura.

The Sunrise Events GM also acknowledged the contributions of the Province of Cebu for the success of the twin events.

“Thank you as well to the Province of Cebu which was the key. Provincial officials wanted the race held in another part of the island province. They didn’t want just Lapu Lapu City to host all our races. So they really helped in managing the traffic (for the successful staging in Naga),” said Galura.

Mayor Chiong added that Naga was host of the twin events as part of its recovery and healing from the deadly landslide in 2018. The event brought positivity and unity to the community.

“Naga is known to be resilient. Right after the calamity we immediately did things to set direction, to fully heal and continuously rehab the community after what happened. What pulled us through was the common love for our city,” said Mayor Chiong.

“It’s not the first time for Naga to host a triathlon but this is the inaugural 5150 triathlon. We are all excited. We also co-hosted the National Youth Day. We were one of the festival sites. The (past) weekend Naga has been packed with international activities and an opportunity to shed a positive light on the city after having experienced the landslide last year. This is part of promoting Naga before a wider audience.”

Sam Betten and Amelia Watkinson led from the start to post wire-to-wire victories in both the men’s and women’s categories of the Sun Life 5150 Triathlon Cebu which was watched by a global audience.

But more than just the race, the City of Naga – as well as its sights, tourist attractions and gracious community – was presented to the world.