It was a day of firsts when Nick Baldwin and Liz Blatchford won their respective categories during the 2018 Century Tuna IRONMAN Philippines held at the Subic Bay Freeport Zone June 3, 2018. 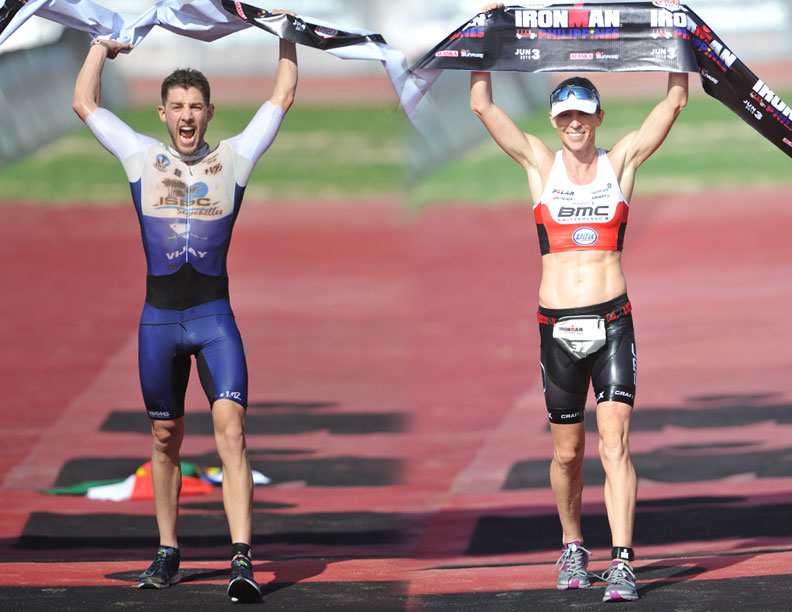 Baldwin is himself the first professional triathlete from Seychelles, an archipelago of 115 islands in the Indian Ocean located about 1,600 kilometers off the east coast of Africa.

The event itself is the inaugural IRONMAN or the first the full distance such race to be held in the Philippines.

The foreign participants experienced another first as they had to deal with the fickle late summer weather in the Philippines.

The day started with clear skies, which soon had the sun blazing down mercilessly on the athletes. But in the afternoon a sudden cloudburst came without warning to drench the riders with rain. It was accompanied with thunder and gusty winds during the bike ride only for the weather to clear as the participants again had to endure the scorching heat of the sun.

Baldwin may have benefitted from the oft changing weather. He was ahead of Brown from the start but the 45-year-old Brown cut the gap just as the rains fell and the weather cooled.

Brown, so used to chewing up deficits and coming from behind to eventually win, almost overhauled Baldwin’s lead but couldn’t quite catch up. Baldwin found his second wind when the cloud cover lifted and the sun baked the runners with blistering heat.

“Cameron is one of the best IRONMAN athletes in the world and when he’s not far behind you and gaining, you’re scared and I was very scared. It was just gritting my teeth and just pushing and giving it everything I had,” said Baldwin.

Blatchford on the other hand didn’t need any help from the weather. She led from the start and gradually increased her lead to win decisively.

Blatchford brought her one-year-old baby to the Philippines for the race and finished in 9:22:22. Dimity Lee Duke from Australia finished second with a time 9:40:45. She was followed by Simone Maier – originally from Germany but now based in New Zealand – who submitted a time of 9:47:39 at third.